President Barack Obama appointed Democrat Caroline Kennedy (President Kennedy’s daughter) as United States ambassador to Japan.  The people in Japan were happy and felt honored to have as a U.S. ambassador a person as Ms. Kennedy coming from a notable family.

During this Japanese jubilation I warned the good people to be weary of this Democrat Caroline Kennedy as Democrats cannot be trusted.  Proving me correct Ambassador Kennedy in being culturally insensitive Tweeted the following in reference to the dolphin activity in Taiji, Japan:

In that Tweet the Ambassador delighted the save-the-dolphin drones, the cowards of Sea Shepherd’s Cove Guardians, and Japan bashers, while at the same time insulting the people of Japan.  She is one pathetic Democrat and an embarrassment to the USA.  The only good thing about her being ambassador to Japan is she is not in the United States.

Video of Democrat Caroline Kennedy in a 30 minute interview using “ya know” over 100 times:
http://www.youtube.com/watch?v=ZT8G6Qf7Ngo 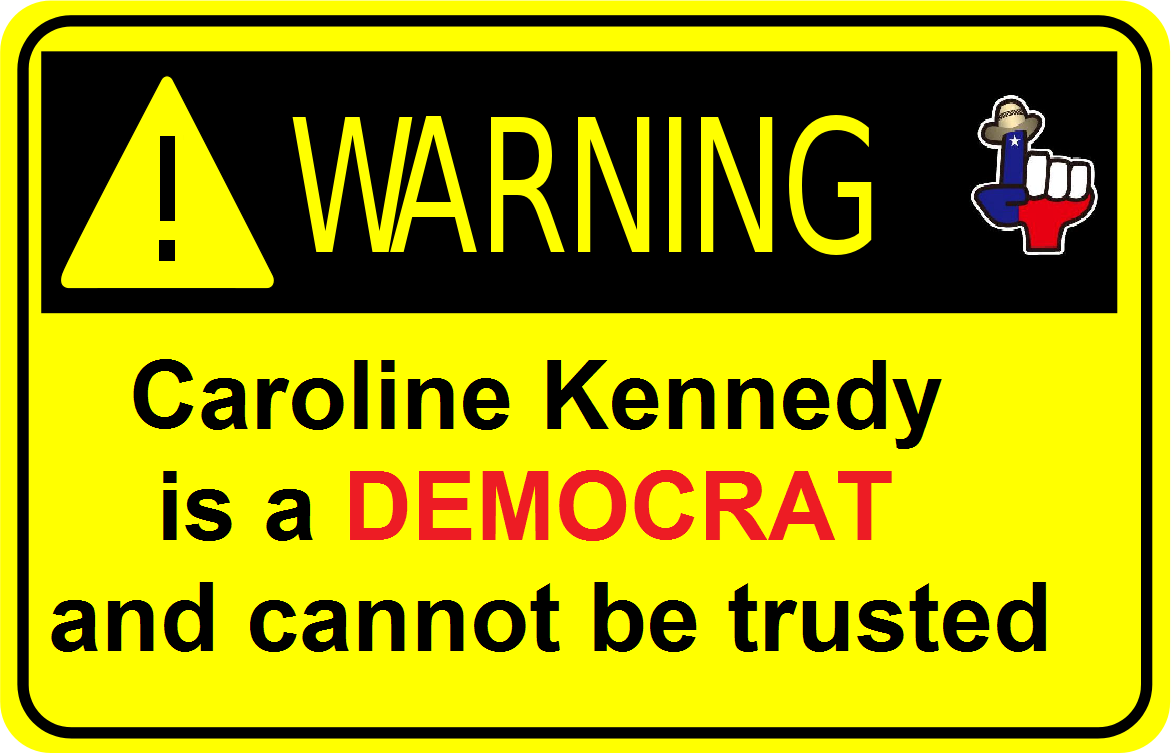 Posted by Tony aka: PropagandaBuster at 11:54 AM

the Chinese agent who is all over the flagrant crime of the Chinese of Kelley every country in the world of Britain, the U.S., and parent China, and the world -- this is not known, either