Communist China continuing its belligerent and aggressive behavior has clashed with a neighboring communist country of Vietnam in waters off the Vietnamese coast.

Approximately 140 miles off the Vietnamese coast a Chinese flotilla of military vessels attempted to place a one billion dollar oil rig within Vietnam’s EEZ (Exclusive Economic Zone as established by the United Nations).  The EEZ according to the UN covers 200 miles off a nation’s coastline.

The belligerents in Beijing, China are lawless and disregard any laws and / or treaties.  The commies in China claim most of the waters in the South China Sea violating territorial waters of Vietnam, Malaysia, Brunei, Philippines, and Indonesia.

The oil rig was to be placed off the Parcel Islands  when Vietnam sent their navy and coast guard to interdict.  The vessels of the two commie nations clashed. 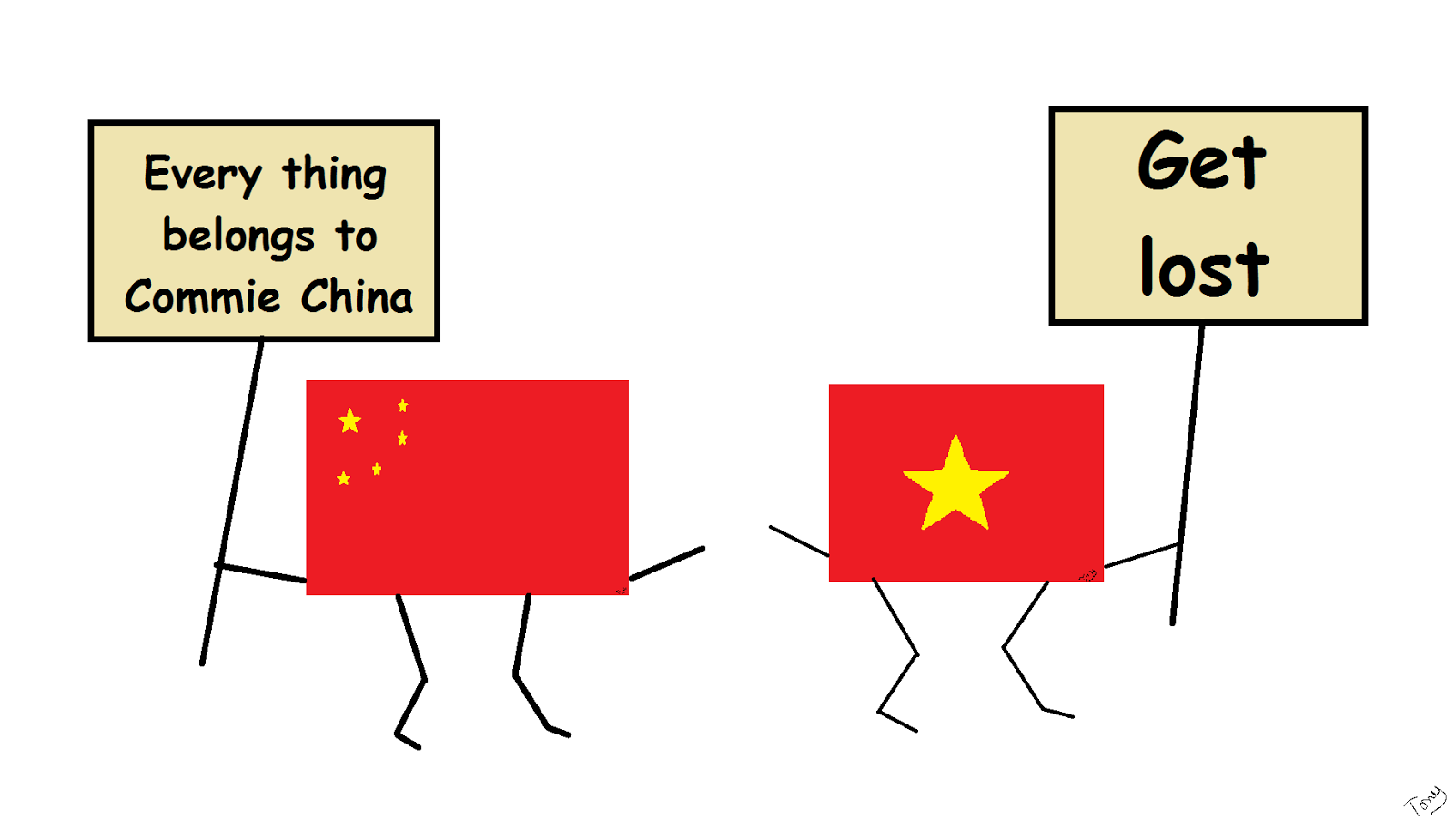 Posted by Tony aka: PropagandaBuster at 10:58 AM