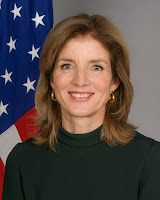 Am I wrong for thinking once again United States ambassador to Japan Caroline Kennedy displayed her poor diplomatic skills? In the below photograph Ambassador Kennedy is in Okinawa Japan commemorating the 70th anniversary of the end of the battle for Okinawa. While many bowed during a moment of silence, Madame Ambassador is standing erect looking straight ahead. 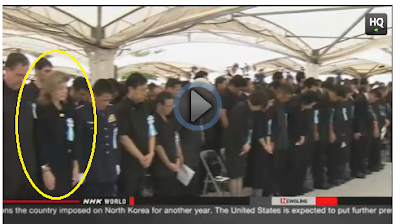 Posted by Tony aka: PropagandaBuster at 7:41 PM