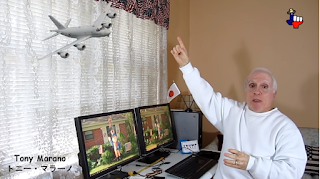 Link to above video:
https://www.youtube.com/watch?v=s18v3oxtxtc

Recently in the Sea of Japan, a South Korean Coast Guard vessel and a South Korean naval vessel the Gwanggaeto the great destroyer DDH 971, attempting to rescue a stranded North Korean fishing vessel.   A nice gesture by the South Koreans.

According to the Japanese this was taking place within their EEZ (Exclusive Economic Zone).  Resulting in Japan sending a Maritime Self Defense Force aircraft, a Kawasaki P-1 to investigate.  While the P-1 was on scene, the South Korean destroyer engaged their Fire Control Radar lock on the Japanese P-1.

By all international standards the Japanese could have responded by firing at the vessel, but did not.  Then the Japanese attempted to radio the South Korean vessel on a few different frequencies.  The South Koreans did not respond which could have escalated the situation.  However the Japanese left the area to avoid any hostile activity.

The Japanese released a video taken from their Kawasaki P-1 of the incident.  It shows six times the Japanese communicating in English to the Korean destroyer, all ignored.

The South Koreans in their video explanation claims it was difficult to understand what the Japanese were communicating.  Huh?  A South Korean destroyers sees a military aircraft of an allied nation flying overhead, and they ignore repeated communication request?  An honorable act would have been to radio the Japanese aircraft stating their communications were not legible.

The uniform military of both nations are honorable people.  Thus the speculation it was the “suits,” civilian employees, overseers, and bureaucrats who might have come up with that ignorant excuse.

Hopefully the good people in South Korean would impress upon the dopes in their government that Japan is not an adversary but an ally.

The Diplomat’s article in reference to the incident:
https://thediplomat.com/2018/12/japan-south-korea-in-row-over-alleged-radar-lock-incident/