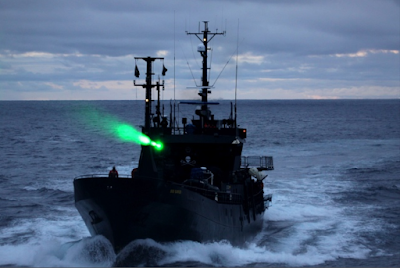 Link to above video:
https://www.youtube.com/watch?v=ptGDWSBRCL0&lc=z13iibx4hxu3shtfy22wxxjp0oensxt0n

Sea Shepherd is able to see what you do not see.  Sea Shepherd filed a court case in the United States Federal Ninth Circuit accusing the Japanese whalers of harassment.  The Discovery Channel’s Animal Planet Whale Wars clearly illustrated Sea Shepherd’s illegal harassment of the Japanese Whaling fleet in the Southern Ocean.  Sea Shepherd proudly uploaded videos of their illegal activity towards the Japanese.

In those videos and in Whale Wars Sea Shepherd saw what the rest of us have not seen and that was the Japanese harassing Sea Shepherd.  Yep according to the hallucinations of that cult group the Japanese sailed into the Southern Ocean and gleefully chased and harassed the innocent children of that cult group Sea Shepherd.  Shame on Japan.  No, not shame on Japan, shame on the Ninth Circus (Ninth Circuit) for accepting such a frivolous court case.

Videos and photographs courtesy of The Institute of Cetacean Research – ICR.
Music: “English Jig” from JewelBeat.com.

Link to court case Sea Shepherd filed against the Japanese whalers for harassment:

Link to Texas Daddy store:
http://texas-daddy.shop-pro.jp/
Posted by Tony aka: PropagandaBuster at 12:10 PM No comments:

Ruff ‘n tuff cult group Sea Shepherd on their Facelessbook page titled “Sea Shepherd Global” shared a poster with the following inscription “This is Why We Fight,” imposed over a photograph of a whale’s butt sticking out of the sea.  Huh?  At the bottom is a Twitter hashtag: #FORTHEOCEANS. 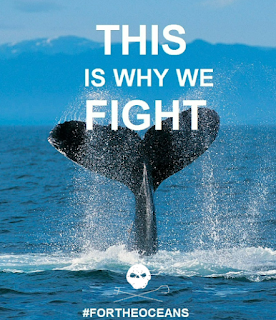 They fight to save a whales butt?  Perhaps they also intend to save the whole whale.  But where?  What whales are in their sights to save?   Sea Shepherd has an absolute zero rate success in saving whales.  This past whaling season in the Southern Ocean the Japanese whaling fleet captured their quota of whales.  Sea Shepherd claims to have around nine ocean-going vessels.  When the Japanese sent their whaling fleet into the Southern Ocean, Sea Shepherd in an announced attempt to hinder the whaling sent ONE vessel the MV Steve Irwin.

It seems the MV Steve Irwin had other plans and instead of confronting the Japanese in the Southern Ocean, they sailed into Indonesian waters where there was zero whaling activity.  Perhaps they fell victim to a faulty GPS?  Hardly.  They fell victim to fear as most cowards do.

It was a total failure not by accident but by design.  While the Japanese where harvesting whales in the Southern Ocean Sea Shepherd’s Siddharth Chakravarty and crew sailed the MV Steve Irwin into Indonesian.  In Indonesian waters they joyfully photographed the Viking Fishing vessel captured by the Indonesian Navy.  Huh?  Sea Shepherd photographs in Indonesia waters over 3,000 miles (4,828 kilometers) from the Japanese.

Since Japan reinterpreted their Constitution Sea Shepherd now fears an interdiction by the Japanese Navy or Cost Guard.  Because of this fear they sent one vessel to search for the Japanese in Indonesian waters instead of the Southern Ocean.  How is avoiding the whalers saving whales.  See it is not about saving whales it is about saving themselves and saving the money suckers around the globe donate to the cult group.

This summer the whaling season starts in the Faroe Islands.  The whales are kind enough to swim into the fjords offering themselves as free food for the Faroese.  How come Sea Shepherd is not there this summer as they have been in previous summers?

The Faroes enacted a series of laws making it difficult for Sea Shepherd to operate there, thus the cult group is avoiding the Faroe Islands?  What happened to Sea Shepherd’s boasting they are willing to forfeit their lives and freedoms to save Watson’s clients the whales?

They are all bluster with the same goal as flim-flam-man, 21st century snake-oil salesmen.

This organization is noted for their numerous failures and yet the minions continue to donate.  Minions please continue to fund Sea Shepherd’s failures for the three following reasons:

1 – Cosplay criminal Watson needs the money to continue living his luxurious lifestyle in Paris, France.
2 – Ady Gil of California has pending lawsuits against Sea Shepherd and money will be needed to pay possible judgements against Watson’s group.
3 – By keeping Sea Shepherd afloat it provides endless material for these videos.

To the minions:  Domo arigato gozaimasu.

Sea Shepherd Global link to the poster “This is Why We Fight” go to June 11 5:58 AM:
https://www.facebook.com/seashepherdglobal/

Link to Texas Daddy store:
http://texas-daddy.shop-pro.jp/
Posted by Tony aka: PropagandaBuster at 11:50 AM 3 comments:

The murderer of Orlando, Florida was a registered Democrat.  This is relevant only because had he been a registered Republican, or member of a Tea Party group, the news media would be broadcasting this over, and over, and over again.

Posted by Tony aka: PropagandaBuster at 12:58 PM No comments: